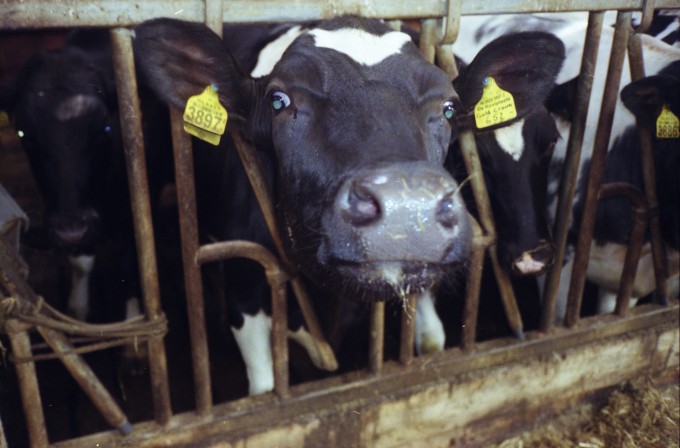 Wow, over two months since my last post, that has never happened, not by a mile.

It's been combination of things. Work has been very busy, which is good because last March I had a few sleepless nights due to not having enough work.

And the world seems so dark these days with things like Brexit, Trump, Isis. I wonder if people felt like this during the Cold War.

And I've felt a loss of motivation regarding photography, which is also a first. I hope it's temporary. Going to the photo festival in Arles didn't really help. It gave me the impression there is too much photography being done. Massive amounts of it and especially books are being churned out, most of them meaningless to me. There were three things that stood out for me though, I'll try to get the names of those for my next post.

Now I need to get ready for a long overdue weekend away to which I'm really looking forward. Speak again, soon I hope!

ps. the cow was meant to be lighthearted, but in hindsight I just see prison bars and earmarks - I think she was a relatively happy cow though, shot on the island of Schiermonnikoog some months ago