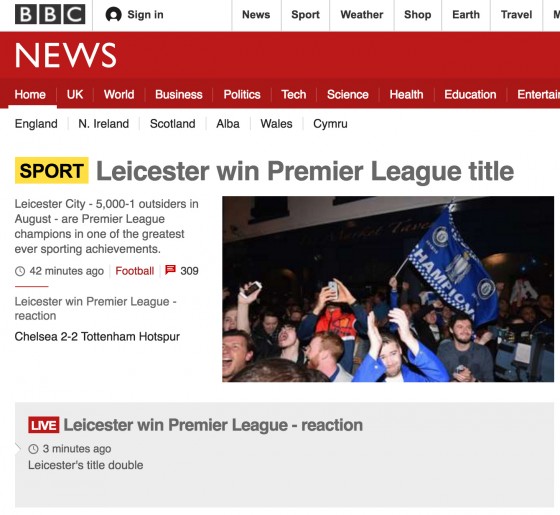 What a year for football! I'm in the living room of a bed & breakfast in Bologna and have just watched Leicester City win the Premier League title. Some say this is the greatest sporting shock of all time.

Now that is great, but what is also great is that for some incomprehensible reason I put a £2.50 bet in September that this would happen which means I now get £ 3752.50!!! Why did some Dutch guy in London do that??? I don't know, but it happened.

Go Leicester, thanks your so much for an unforgettable year! Good for you!