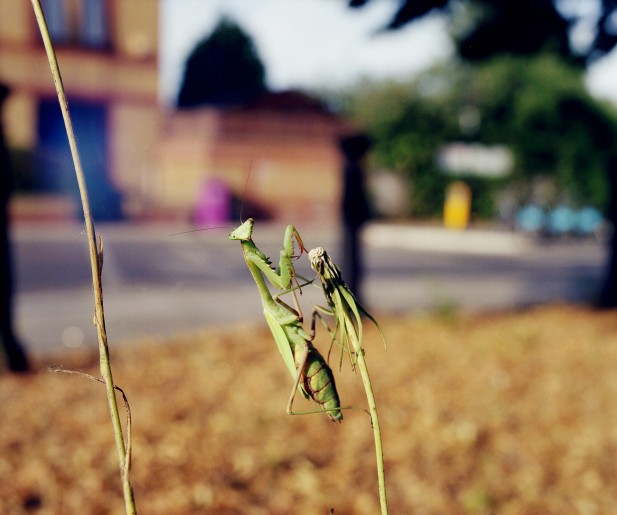 If you've just worked three nights in a row  until midnight and your three month old daughter decides to properly wake up at 6am, it does help that she's beaming smiles and happiness at you.

Unlike the creature in this image who would eat me alive (that's what Praying Mantises do) if only I were a bit smaller. The purple bit in the background is a recylcing bin - in the end we are in London, innit?