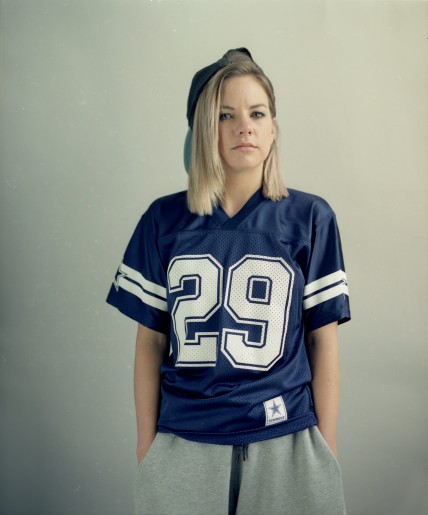 I'm still photographing people for my 'Take a Look at Yourself' project and when I do I sometimes take some more pictures, when there is time. This is Ceara, whom I shot somewhere in September last year. Ceara, still waiting for your writing! ;)

I'm so glad I'm still doing this stuff. It's an effort, it costs money and a lot of time. But it's worth it. Particularly lately some of my clients are really trying to get the cynic out in me and it's nice to fall back on this. In a year most of the imagery I work on to pay the rent will have been forgotten, but I do think that at least some of the shots for this project will still have some kind of meaning. If not the images then what people wrote about themselves.

So when I get annoyed and cynical I need to remind myself that I'm also doing something of some minor importance even if it's just on the side. I love photos.