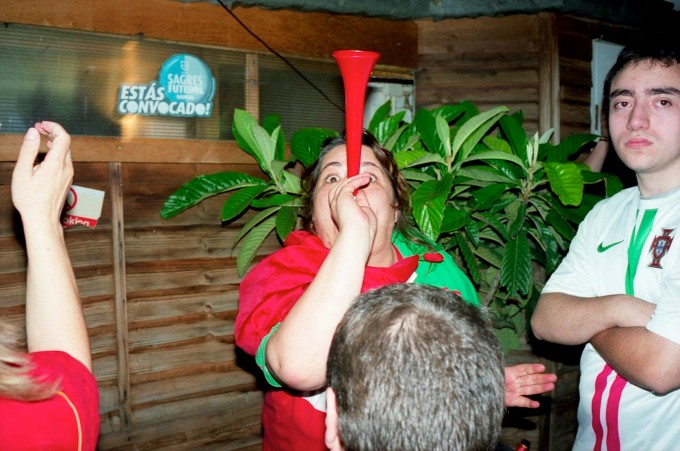 A very happy Portuguese woman in Stockwell, London, after Portugal kicked a penalty behind Iker Casillas. A few minutes later she wasn't so happy anymore - did the guy on the right see it coming?

And had I mentioned yet that even though the newspapers are full about people apparently selling olympic tickets on for inflated prices I can't find any buyer for the tickets I have which I'm selling for the original price. I stupidly booked my holiday in the same week and I prefer Sicily to London. Does anyone want to go to Women's boxing or Greco-Roman wrestling?