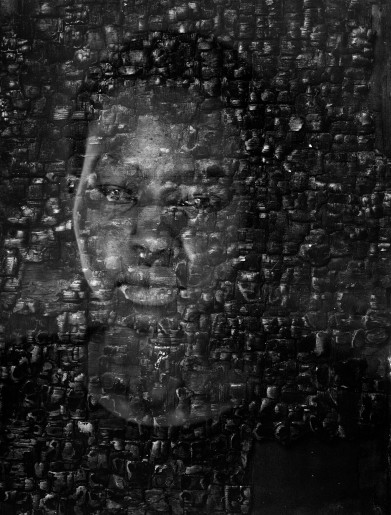 It’s been sooooo long again since the last update. It was a major update though, that has to be said. I’m just going with bullet point this time around.

- how come have the Americans still not been able to get rid of that sad excuse of a human being that is their ‘president’???

- how come Brexit is still going ahead???

- how come the Dutch are still largely celebrating St. Nicholas with ‘black Pete’, which is clearly a racist thing to anyone who is not Dutch, please people, wake up, and don’t claim it’s for the kids because obviously they don’t care what Pete looks like

- I might have been quiet, and yes photography has suffered a bit lately for obvious reasons, but it's far from dead, and to proof how much I still love it there is the picture above where I shot the beautiful Aweng. It's a genuine double exposure of burnt wood shot on a 5x4" large format camera, on film. Camera people know you have to be at least a little bit crazy about photography to go through all that effort, so yes, there will be more!

So to sum that up,  I’m happy, overall I'm very happy as I’m typing this. Shutting down now for the night and for the week, the sea is beckoning…. I hope you are all very well too and maybe even happy :)