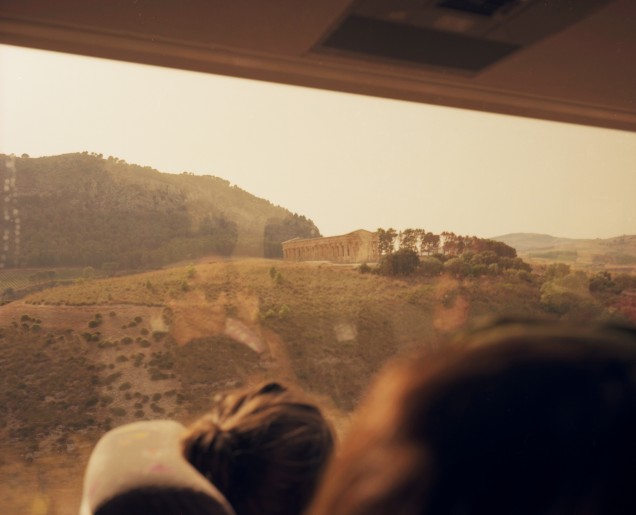 I still wanted to show this image. It's of the temple by Segesta in Sicily and, as you can see, taken froma bus. Nice and cosy.

I've got a meeting later today with both the person who runs KK Outlet in Londen and one of the bookdesigners of Return to Sender. The launch will be on January 31st, so it's time to hit 'nails with heads'. That's the literal translation of a Dutch saying, feel free to google that.