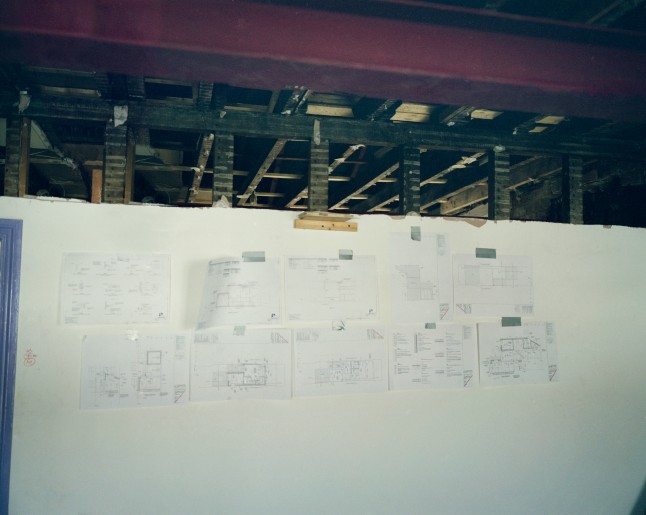 It feels a long time ago now that I bought my flat in Hackney for the wrong price a week before the referendum. And it was a year ago when we were living with the five of us for four months in a one bedroom flat and mice ran through the bedroom during the night and through the living room from early evening. Not all of those mice survived that by the way - but we did, somehow. And I remember clearly where I was when I got the phone call saying the house we were buying had suddenly been sold to someone else, behind our backs. It was hot, there were mice, there was five of us, and we didn't know where we would live. They were not great times...

And then we rented somewhere in Walthomstow, an area we didn't really know in a street that seemed ok. We found a school that seemed nice. We ended up buying the house 3 doors down from where we're renting to do it up. Something we never really wanted to do as we're the opposite of DIY people.

We chose an architect we liked. Through him a builder who turned out great. And now, in a weeks time we're actually moving in to a new house that's pretty much brand new, three doors down. On a street we love, in an area we've already grown to love. So yeah, I can't wait. This image is probably from around three months ago, when the building plans were put on the wall.

Onwards and upwards and my sincere apologies for everyone who has had to listen to me talking about this for the last two years... it's done now!