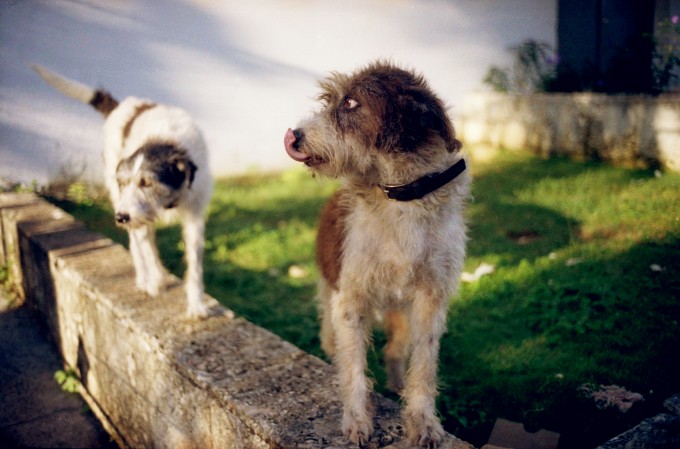 About an hour ago we left my daughter at nursery alone for the first time. So probably around now she's really wondering where the hell her parents are or anyone she actually knows. Hopefully she's happily playing with other kids and not crying her head of because her known world seems to have just dissappeared. Can't wait to see her again in just over an hour....

Above a Cuba dog shot last month. But check HERE. The one on the left above is actually the same dog! It was the same neighbourhood so it's got to be.

ps. update 10 minutes later - apparently she's really happy, probably had a parent overkill anyway and was glad to finally be around some other people, haha