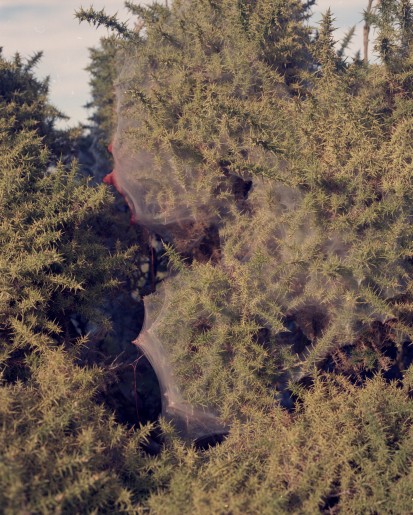 Another big day today. Right after the referendum in 2016 I felt sad and angry and ever since then I had some hope that people who voted out would change their mind and that it would all go away and my children would grow up in the EU. But today, if the vote goes through then it’s settled. The UK would actually leave Europe. Weird.

However, at the moment it doesn’t look like it will go through. And what then? A hard 'no deal' pushed through by a small shouting minority? Probably not because most people don’t want that.

Or endless delays, with perhaps another vote and half the country completely disillusioned with politics and very angry.

There is no good option at this point and no-one knows what will happen.

This image was shot a few months ago in the New Forest. I didn’t know what the red in the bushes was, but I look it up later. They’re spider mites.