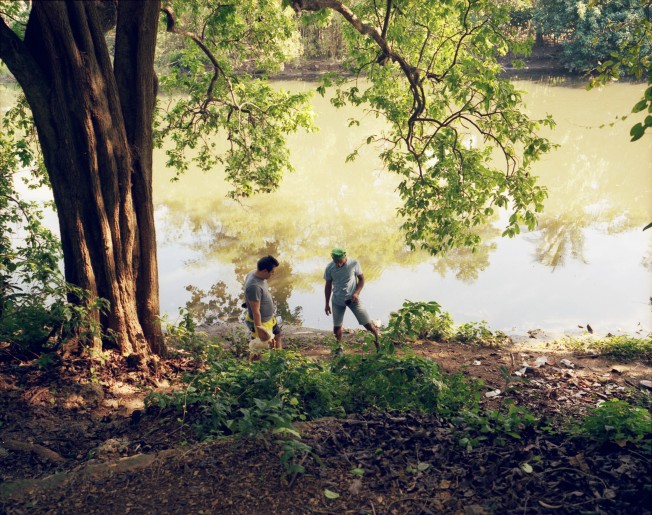 When in Cuba I did a little series on Santería, this being one of them. i didn't stay and watch because it seemed too private for that, but i did here the chickens come to an intimely death a few minutes later as I was walking off.

The man on the right was speaking in Yoruba and he was hired by the man on the left. The chickens were offerings for what often is quite a specific request. Santería is a mix of Catholicism and West African religion. What always jumps to view are the offerings, but people who practice Santería are also always very much Catholic. Anyway, read more here if you like.