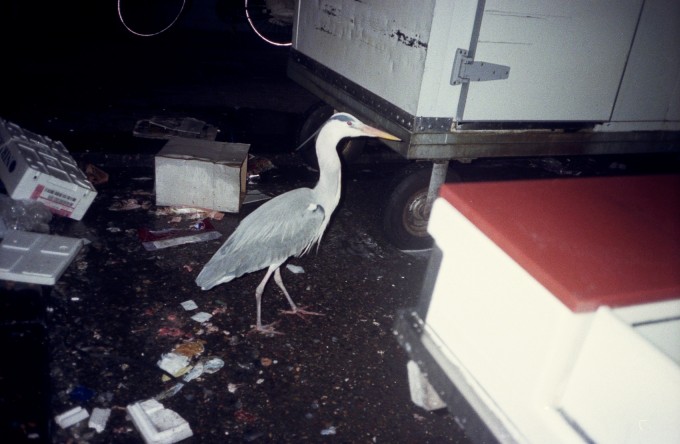 Two exhibitions behind me and now the period has come where I visit all the bookshops to ask if they will sell my book for me - which is what I'm doing at the moment. I never thought about how much work publishing a book would be, but if I had, I couldn't have imagined this. It's been great though. Someone told me last week that in Spain they say that to be a man you have to make a book, plant a tree and have a child. If all goes well, I'll be a man in about six weeks time.

Already for a few years I've been taking less and less snapshots. Less pictures with a little camera, more (but fewer) with a big camera. I sometimes think this is a bad thing for this diary, but then again, it does reflect my life. Above is a good old snapshot from last January. It's of one of the many 'reigers' (I'm not sure what they're called in English) waiting for fish at the Albert Cuyp market in Amsterdam.