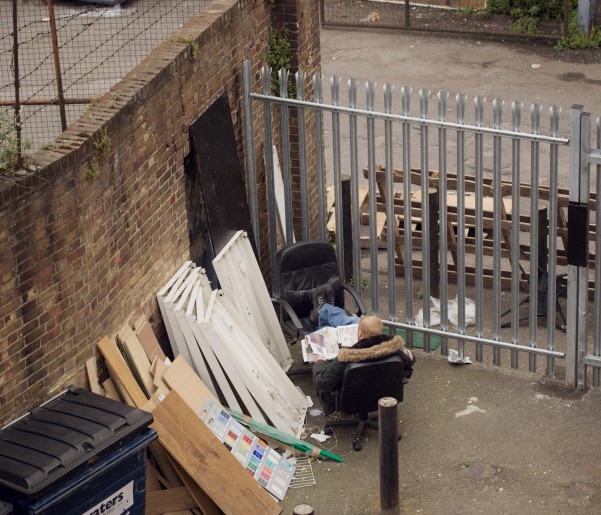 Now, just outside my office. Is he reading up on Brexit before casting his vote on Thursday?

I've been thinking a lot about the upcoming referendum and it's depressing. I can see how certain parts of the population feel cheated on and lied to, they've got a point. And then there is the part that I think just nostalgically longs for the old empire that will never come back.

But all in all it's seems to me so overwhelmingly clear that leaving the EU is not a good idea. The rest of the world wonders why there even is a referendum.

Every economic thinktank or instution with any reputation says 'we' should stay in. Going out is short term thinking, it's selfish in many ways (let's let the rest of Europe deal with the refugees), it's economically unsound. And it's also offensive to people like myself.