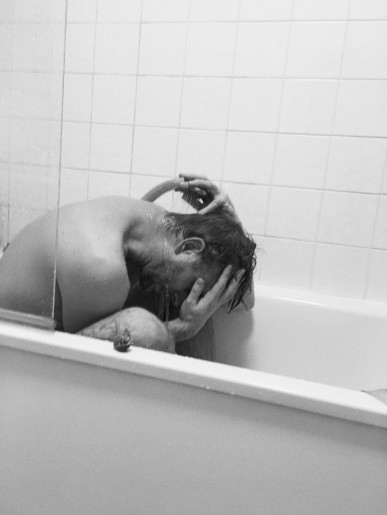 This picture was taken by my 3 year old daughter when I was trying to ease the splitting headache I’ve now had for seven days with a hot shower. Only today it’s getting a bit better and it’s not overpowering the prescription painkillers anymore.

It’s just a sinus infection with bad headache but how awful can pain be. It becomes all one can think of and I consider myself very lucky to almost never have any of this. Respect for the people who deal with migraines or seriously illnesses.

I did get to see several films though when I couldn’t sleep at night like Peter Watkins ‘Edvard Munch’ which was very sad and long but very inspiring at the same time.