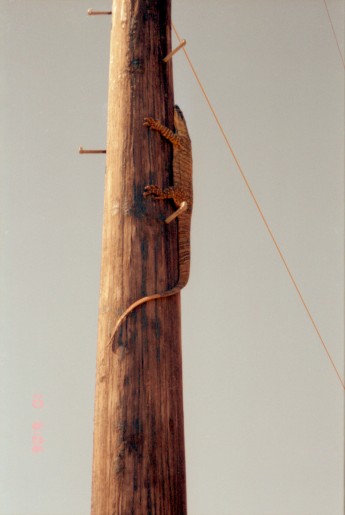 So... another year gone by. It's half eight here in London, just a few more hours in 2012. This week I scanned a bunch of old film that I shot 16 (!!) years ago when i was doing a lot of fruitpicking and a bit of travelling in Australia and New Zealand. Back then I had the film developed, picked out the best ones to send home and threw away the rest, keeping the negatives. This is the first time I saw them again. The guy in the pole was big.

This year was 'mental', as they (we?) say in the UK, and next year is promising to be pretty mental too. Good mental, mental is good :)

Have a great, wonderful, inspiring, beautiful 2013 all who reads this!