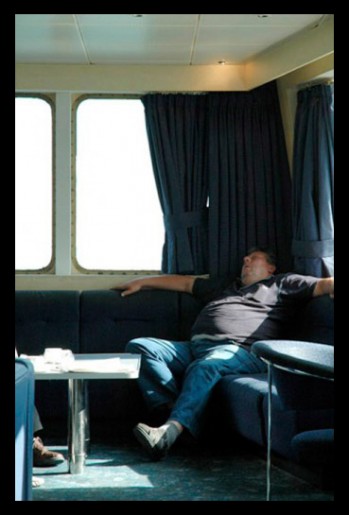 What a black day. What a monumental mistake.

11 Years I moved to this county and made it my own and I felt welcome. The picture above (now with a black rim) was my first post on ASortOfDiary and taken on the ferry the day I moved. Yesterday a majority of the people in Britain made a monumental mistake and chose to become an inwardlooking, shallow little island in a globalising world. I'm angry, disgusted, but above all very very sad. It feels as if I've just woken up to a terrible nightmare this morning - but it's real. I can't believe this actually happened.

And I'm 100% convinced that all those working class people who have suffered largely because of the policies of the current government and who have scapegoated Europe will be the ones who will now suffer most, again. This is bad for Britain, bad for Europe and perhaps above all, bad for the concept of cooperation and working together. What an awful and sad day.